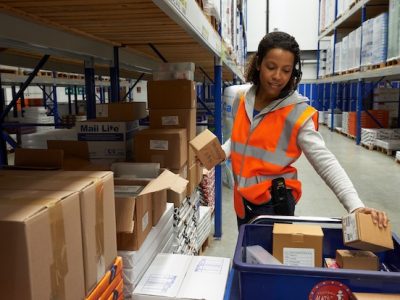 I am no stranger to the gig economy. I have relied on it from time to time to supplement the income from my small business. When business is slow – or more often – when vendors are slow to pay me, I’ve taken short-term temp work, signed up for focus groups or been a “secret shopper.”

But when two of my biggest clients ran into some financial issues of their own this spring, I needed a quick and steady infusion of cash for a few months.

I decided to answer those Uber, Lyft and Amazon ads that showed up almost daily in my inbox.

Lyft sounded like a bet. My old but fairly reliable car barely made the model/year cutoff. So,I started the process to drive for the ride-share company. But then my car died and needed too much work for me to feel safe ferrying people. So, Amazon became the only option.

Part of the Herd

From the outset, the job application and interviewing process was like nothing else this senior citizen had experienced. My old-school understanding of getting a job meant you brought a resume, references and prepped for an interview – even for a warehouse job.

Not for Amazon. You receive a text, call and email (they are thorough) to show up. You are then directed by people (mostly women) to a large room along with throngs of people. And you are told to sit at a computer and type in a minimal amount of information. You take a selfie for your badge and wait to see a video. There were so many people the day I applied that I had to leave after more than two hours of hanging around and never saw the video. I would later learn that watching videos and reading emails and texts was mostly how you learned about the company’s practices and policies

Within days, I received a “congratulations” on my hire and filled out all of the new-hire “paperwork” on the Amazon app. I was directed to review information online and instructed to watch mandatory videos for which I would shortly receive a link. If I did not watch the videos, I could not work.

The videos did not come. And there was no one to inform through the app.

I was lucky to be part of a new non-warehouse program being rolled out by Amazon. I say lucky because I would receive two full days of hands-on training. I would later learn that our group was the only one to receive this extensive training. Later hires were given one hour of instruction. Then they shadowed those of us already working. We were offered no additional compensation, nor were we told in advance that we were expected to show them the ropes.

I showed up at 5:45 a.m. that first day – worried that I would be told that my job was over before it began because I did not watch the videos. But that did not come up at first. The male trainer (males seem to have hirer-level jobs) was experienced and quite competent, but the WIFI did not work. So he called someone at some Amazon central location and was connected with some person of import at our location, and he got the WIFI working. Thirty-five minutes later we started our training.

It soon became apparent that no one had watched the required videos, because no one had received the link to watch them. So, the trainer again called someone somewhere, and they sent him the link. There was no time allotted during the training to watch the videos. Therefore, we watched snatches of different videos on proper behavior and grooming, safety, packing, etc. Next, we hit the shopping floor. As he left to do training in some other part of the country, the trainer told us that we had to meet daily fulfillment quotas to remain employed. Good luck!

Thank Goodness for My Coworkers

But, my coworkers and I have learned to depend on each other. Together, we usually figure it out. Some folks have done this type of work before. Others have backgrounds in law, marketing, the entertainment industry, etc. We range in age from 18 to 75. Our varied experiences make us a powerhouse of information and solutions. It does not, however, improve our pay rate or keep us from being cogs in the fast-spinning wheel (move fast or be fired). But I digress.

The Pluses and Minuses of My Gig Economy Job

You learn early in this work to figure it out on your own or to get the advice and counsel of your coworkers. And you realize that there are both pluses and minuses to this work – although the latter considerably outweigh the former. 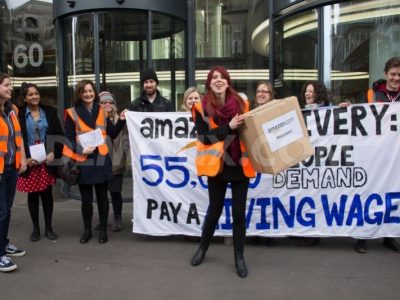 Pay: Plus – The pay is above minimum wage. And on Sunday you get time and half in some states (although we had to fight for this for several weeks and finally got back pay). Minus – Except for Sunday, the pay is below the standard living wage. It is not bad if you are supplementing your income. But it sucks if it is your only income.

A flexible schedule: Plus – You can, in theory, schedule your work around your life. Minus – The shifts, four or five hours long, are posted every few days. We are told that the days and times for the postings are always the same and to be ready to grab them, first-come-first-served. In fact, the time of day has varied. You have to sign up for shifts as soon as the link is sent. As the number of employees has grown, it is increasingly hard to get shifts. Sometimes for no apparent reason, you cannot sign up for back-to-back shifts, forcing you to leave and come back for work. Also, you cannot really plan your life, because you can only sign up a few days before you are to work.

Work environment: Plus – Our workplace is clean, well-lit and safe. Minus – This is hard work, and many of us are seniors with the usual physical limitations. We walk miles each shift to fill orders and then have a very small packaging area. When there are a lot of us on the floor, this slows us down and affects our order-fulfillment rate. And, you got it, this can lead to being fired.

[gdlr_quote align=”center” ]What does the future of work look like in the face of escalating income and social inequality in the United States?”[/gdlr_quote]

Supervision: Plus – Managers are rarely onsite, so we do not have the stress of someone standing over us with a stopwatch. Minus – We also rarely have anyone available to consult if we have questions or concerns.

If you are sick: For example, one day I needed to call in sick, but there was no one to call. I wasn’t even sure who to contact via the app. I have since learned that there is indeed a procedure in place, but none of the workers knew about this until after I had the problem.

Feedback: The app knows how well each worker performs, but that information is not available to us as workers. How do we improve without it?

Advancement: We are told that we can advance, but you had better figure it out for yourself via the app, which may be the company’s plan. Amazon is not a retail company. It is a tech company.

So, on this Labor Day, I may be on the floor at Amazon – if I can get a shift whenever the shifts are released via the app.

But, I don’t see myself there Labor Day 2019. But what about all of the other folks who lack the class privilege that gives me other options? And, as ageism chips away at some of that privilege for me and many of my senior coworkers and other isms for other coworkers, what does the future of work look like in the face of escalating income and social inequality in the United States?