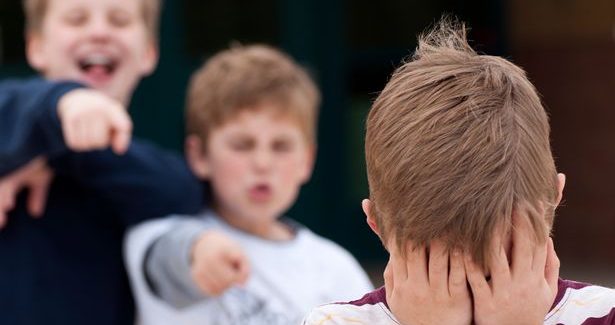 Families living in poverty and even working-class families cannot readily afford the latest toy or gadget that might be all the rage on the playground. When all the other kids are excitedly exploring the newest electronic recreational device, the kid who is without feels excluded and somehow “less than” the others. Sadly, that child cannot possibly grasp that this awful feeling of inferiority is caused by classism.

When I found the kids in my 11th-grade class making fun of me, I did not know that classism was the culprit. My dad was a Navy man – an enlisted man – who had just been stationed in a new town after a tour overseas. My parents bought a modest house in the richest of four unified school districts to assure their children would have high-quality education. I remember that we barely made the border between that district and the next one down.

The kids at that school rarely spoke to me for about six months. I was mocked and ridiculed for the way I dressed, the way I carried myself and the way I talked. Interestingly, all of that changed overnight when they heard me play piano at a party. Because of my piano playing, I suddenly became a popular man on campus – so popular, that I was advised to pretend I had been born in that community. I was told that it didn’t look right for me to have that much on the ball socially, and yet have actually been born in a small hick town up in Northern Idaho.

For the next several years, my world was an environment where the indicators of privilege tipped people off as to who was “cool” and who was not, and appearances were more important than reality. It was then that I learned how to schmooze with the jet-setters and appear to be one of them.

[gdlr_quote align=”center” ]Why is it assumed that those with privilege are to become the leaders of tomorrow, while those who lack are supposed to be the flunkies?”[/gdlr_quote]

Because of my musical aptitude, I was encouraged to apply to a Conservatory of Music at a nearby high-tuition private college. Because my dad was going to school there on the G.I. bill at the time, and both of my parents had jobs there, I was eligible for a 90% tuition discount. I received a very high score on the music placement test and was accepted as a junior after having completed two years at another school.

Of course, I was overjoyed. But when I got there, I found once again that I somehow didn’t fit in. It turned out that all of the other music students were from wealthy families who could afford the full tuition. Moreover, most of them had done fairly poorly in high school. Otherwise, they would have attended a lower-tuition school such as a state college that would only accept students with higher GPA’s. But, the professors seemed to take a special liking to me right off the bat, due to my musical prowess.

While it seemed that the faculty was oblivious to matters having anything to do with class, the student body was another story. I was considered to be a hometown boy, and the obvious fact that both my parents had low-level positions in the language lab and the library revealed that I was not exactly of the upper crust. While I tried to talk the talk and walk the walk, the contrast between my background and that of the other students overwhelmed my effort to feign the social cues of privilege. Discouraged and feeling alone, I dropped out of school after the first semester.

Although I never received a degree in music, I was asked years later to work as an independent contractor for a public school that needed an accompanist. The school was on the other side of the tracks, and the majority of students were Hispanic. When asked about their professional aspirations, I could not help but notice that very few of the kids had any thoughts of ever “climbing up the ladder.” Most seemed content to continue in agricultural or blue collar jobs, following their parents’ footsteps and guidelines.

As I continued to take my skill set to schools of all kinds, I eventually received a high-paying job as a music teacher at a high tuition private elementary school. There, by contrast, it was generally assumed that the kids would be pursuing leadership positions involving creative problem-solving and other specialized skills. Why is it assumed that those with privilege are to become the leaders of tomorrow, while those who lack are supposed to be the flunkies?

Classism is a venom. Those with class privilege are shown favoritism at every level. Those without it are made to feel that there is something wrong with them – like the child whose parents are too poor to afford to buy her the latest toy.

Andy Pope is a lifelong musician and piano teacher who became homeless in 2004 as a result of a costly medical misdiagnosis. In 2016, he escaped 12 years of homelessness in the San Francisco Bay Area by moving to a low-rent district in Northern Idaho. He is involved with the music ministry at Moscow First Presbyterian Church and is a volunteer at the Latah Recovery Center in Moscow, Idaho.