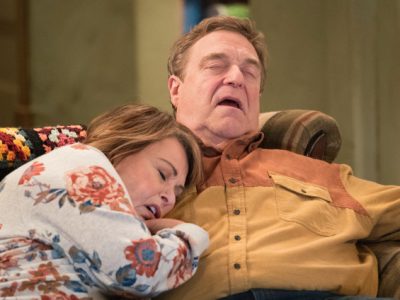 The show debuted in March to huge ratings and a second season was in the works at the time of Barr’s tweet.

However, the critical reception of the show had been less warm. In particular, many critics honed in on a specific scene in the reboot as indicative of the show itself.

Marginalized Americans as a Punch Line

In the third episode of the season, “Roseanne Gets the Chair,” Roseanne and Dan wake up to discover they’ve slept through the evening television shows.

Roseanne, “It’s eleven o’clock. We slept from ‘Wheel’ to ‘Kimmel.’”

Dan, “We missed all the shows about black and Asian families.”

Roseanne, “They’re just like us! There, now you’re all caught up.”

This exchange got plenty of attention that night. Kelvin Yu, a writer on Bob’s Burgers and actor in Master of None, argued, “It’s so galling that a show celebrating ostensibly marginalized Americans would consider shows about even more marginalized Americans a punch line, tossed off between two yawns and a meh, followed by a roomful of people laughing.” Yu goes on to state that “because here’s where I agree that we are all the same: It’s the invisibility that hurts. It’s the passing over, the looking away, the casual flick of the hand. It’s the denial of basic recognition. It’s the reluctance to concede that your story deserves to be told.” 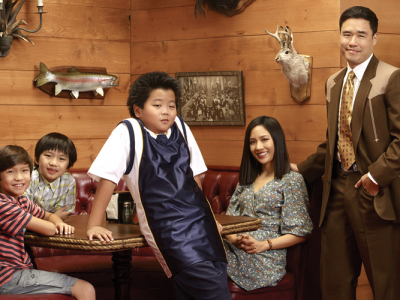 When Roseanne debuted in 1988, it was a show that provided a glimpse into the lives of those that were not often represented on television: poor white people. As shows that represented marginalized groups often do, it gave voice and “basic recognition” to those who felt they were not a part of the wider world of culture.

While the 2018 cultural landscape has gotten better for white working class representation (Shameless and The Middle come immediately to mind), the portrayal of the multiethnic working class lags behind. Shows like Fresh off the Boat or One Day at a Time stand out, but as basically the only spots of color in a sea of whiteness.

After the cancellation of Roseanne, ABC announced a spinoff entitled The Connors which presumably would focus on the Connor family without Roseanne. While this spinoff provides the possibility of a show without the toxic influence of Roseanne Barr (a concern I felt in March), it could also hopefully address the dismissiveness of race in this reboot.

Race has long been a powerful component of working-class identity. For the white working class, in particular, race became a way to distinguish between their social position and that of people of color. As historian David Roediger argues in his classic work The Wages of Whiteness, “whiteness was a way in which white workers responded to a fear of dependency on wage labor and to the necessities of capitalist work discipline” (13). In other words, instead of the white working class joining in solidarity with the multiethnic working class as their compatriots, they used whiteness as a cudgel to beat other workers with.

In the tenth season of Roseanne, that cudgel was wielded by the show’s mere token recognition of race. DJ’s daughter was black. Therefore, the Connors couldn’t be racist. The Connors neighbors were Muslim; therefore the Connors couldn’t be Islamophobic. With The Connors, I hope the show’s writers can reach beyond token recognition and into “basic recognition.” Through this change, it is possible that solidarity of a multiethnic working class could, in fact, form without the white working class utilizing whiteness as the only answer to the question of class and race in American popular culture.

Owen Cantrell is an English professor in Atlanta, Georgia. He writes about literature, music, and pop culture and its relationship to labor. You can read further musings at https://documentsofcultureandbarbarism.wordpress.com/.