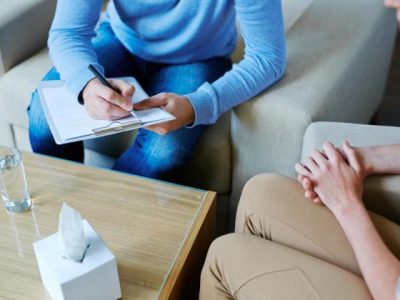 A few months ago, I made an appointment at the low-income clinic to see their therapist. I was hoping to find someone to listen to me – so I could hear my own voice better.

The nurse practitioner suggested this as an option since I don’t make much money teaching part time.

When I arrived, the therapist came out to greet me. She was dressed in what appeared to be designer attire and had perfect hair that boasted of an expensive cut. She was small and thin and white.

Like her, her office was not warm. It looked like they just threw her into any old room. There were computers and documents strewn all over. In fact, the office was actually cold. And that was OK. I understand that resources are scarce for low-income clinics, and I was grateful for the chance to have someone listen to me.

I explained to her that I was looking for someone to listen to me so I can hear my own voice in order to grow. But the therapist did not hear me. In fact, it felt like my own voice was mostly erased during the session. The counselor had her own narrative and the entire session was spent on that narrative, which was based her own social location and ways of seeing which reflected her classist ideas about the world.

A Rather Quizzical (Classist) Approach

First, she had me take a few single-page quizzes that had very limited questions for screenings. I get that these screenings may be very important, but they were neither very holistic nor sociological. The first quiz was a depression index. “You are not even depressed enough to meet the criteria for seeing a psychiatrist,” she said with what sounded like disgust in her voice.

Then she had me take the ACE which is the new rage in counseling/medical circles. It stands for Adverse Childhood Experiences. I had never taken it before or heard of it, but it consisted of some questions about my childhood. The questions were very limited, and I have multiple critiques of it. But that is another blog post for another day.

“You scored a six,” she said. “The normal score is a four or below. This means you are most likely to have health problems that will cause you to die 20 years before people who score a four or less.” She did say that I could change the outcome for myself with the right techniques, like breathing.

[gdlr_quote align=”right” ]I wanted to say that people wind up sick because of economic inequality, because of trauma, and the roots of trauma are often due to oppression, structural injustice and sick systems.”[/gdlr_quote]

She then told me she was going to teach me how to breathe. “This could really help you, so watch me,” she said. And she demonstrated basic breathing techniques, ones which I learned years ago in yoga. Then she “quizzed” me on what I noticed when she showed me how to breathe, but I did not master the concept as well as she thought I should have.

I wondered why things like oppression, discrimination, poverty, homophobia, classism, sexism and racism were not considered in the quizzes. From my perspective, this dynamic went on and on, and I felt my soul shrinking more and more. If I attempted to critique the system, she defended it. I had the sense she equated success with money – a mainstream value system. But shouldn’t she, as a counselor, know better than to project this attitude? I wanted to say success is about what kind of human being you are and how you treat people and how you fight for justice, not about having status and a lot of money. Shouldn’t she know this though?

As I write this, I think that I should have said my truth to her. I knew, however, that if I did, my truth would be seen as oppositional and a result of being in denial, and I would then be deemed an “unmotivated client who did not want to help herself.”

I wanted to say that people wind up sick because of economic inequality, because of trauma, and the roots of trauma are often due to oppression, structural injustice and sick systems. So why was she not addressing any of this? Did she not understand? Should she? Who decides? And if I know all this, why did I sit here letting her “shrink” my spirit with her words. If I feel this way with two advanced degrees, how would my younger self – the one who was a poor single mom in Flint, Michigan – have felt back before I had the language to help frame my world?

Finally, the session wrapped up. I did not even have the guts to tell her that I would not be back. So when she asked me if I wanted to reschedule, I told her, yes. Why did I do that? After all of this, I still did not want to hurt her feelings. As we went up to the counter to schedule the next meeting, she finally gave me a compliment, “I just wanted to thank you for being on time,” she said.

“Me, too,” she said, but there was a patronizing edge to her tone. I cannot be positive, but I am pretty sure she was echoing the regional mantra that the best way to treat low-income clients is to give them a compliment about being on time if they are on time. After all, people with limited class advantage do not know how to be on time, and they must be taught the correct way, right?

This is the process of shaping the client, and what these agencies do who serve the poor. If poor people are not on time as much, why not ask them why they are late. The counselor is reproducing inequality in the interaction by making assumptions without going deeper, and this causes shame. This shame happens when you know you are being judged for being poor, and you know that other people think it is your fault that you are poor or late or whatever.

The shame goes so deep. I can just hear the staff meeting of professionals now, “Make sure you give them a compliment at the end if they are on time to encourage good behavior.”

I am concerned that this mindset exists all throughout various social systems where professionals are taught to “praise” people for doing things middle-class people will do and also groom them into what these systems see as more “appropriate middle-class norms.”

For a few days afterward, I sank into a deep depression, not just for myself, but for everyone who has ever experienced classism. I was depressed by the realization that even social service professionals like this therapist are socialized to equate worth with wealth. But then, I realized that while I did not hear my own voice better from this interaction, I certainly found my voice because of it.