For classist put-downs, a maximum wage just may be the ultimate antidote. 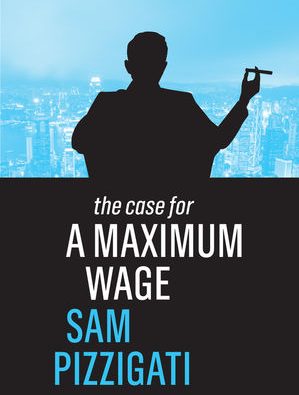 How raw can class contempt get? Take a look at the venom that oozed out earlier this spring from Ronald Havner, the CEO of Public Storage, America’s biggest self-storage company.

A local reporter asked Havner about that mammoth pay gap. The new ratio disclosure rule, the top executive groused back, amounts to nothing more than a “kind of dig” at CEOs.

“Comparing what I do to the median employee is not even apples and oranges,” Havner fumed. “It’s more like fruit compared to Star Wars.”

Employees making just $23,000, Havner went on, have only their own sloth to blame. “People have decisions to make as to whether they want to improve themselves and get higher paying jobs,” he declared. “Some people decide to do that and others don’t.”

Parading — Off a Cliff

Contemptuous classist attitudes like Havner’s shouldn’t surprise us. In societies with growing income gaps like ours in the United States, people of ample means show precious little empathy for those of modest means. But why should that be the case? Some creative imaging from the late Danish economist Jan Pen offers up a clue.

In a classic 1971 book, Pen asks us to visualize the distribution of income as an hour-long parade, with income earners marching in income order – from lowest to highest. Pen’s parade has a special touch: Each marcher’s height corresponds to each marcher’s income. Average earners have average heights. Marchers making half the average stand half average height. Marchers making double stretch twice as tall.

The parade begins. Society’s most destitute walk by us first, all tinier than any adult human has ever been. Then come the working poor, all small in stature, but now recognizably human. The marchers gradually grow taller, to average height and then seven and eight feet. Finally, in the parade’s closing moments, the marchers lose all human scale. Their heights suddenly start soaring. Fifty feet tall, one hundred feet, one mile high – much too high to have any human interaction with any other marchers.

Time for a Maximum Wage

The United States today mirrors this “Pen parade” pattern: slow, incremental increases in the height of those parading, then a sudden soaring. Within that first phase, real human interactions can abound. Everyone marching before the surge can look nearby marchers in the eye. After the surge, the marchers become parading giants who can rub shoulders with only their fellow super-rich.

In our modern societies, the soaring always seems to blast off at the same point: when incomes near the parade’s rear begin exceeding about 10 times the incomes of the first recognizably human-sized marchers. Societies that blow past this 10-to-1 ratio have entered the danger zone, a place where meaningful human contact between the rich and everyone else becomes ever more difficult and ever less likely.

The mile-high giants of “Pen parades” simply cannot see the joy or the pain on the faces of marchers who stand just three or six or even a dozen feet tall. If we want our richest and the rest of society near enough economically to witness and feel their shared humanity, we would not let these giants roam. We would limit incomes at our economic summit.

[gdlr_quote align=”center” ]In societies with growing income gaps like ours in the United States, people of ample means show precious little empathy for those of modest means.” [/gdlr_quote]

An impossible dream? In my new book, The Case for a Maximum Wage, I contend that we have a plausible political path to an income-capped America, and that route begins with the pay-ratio disclosures that have so unnerved the mega-millionaire CEO Ronald Havner.

By placing consequences on these disclosed pay ratios – by, for instance, denying government contracts, subsidies and tax breaks to companies that compensate their CEOs at over a modest multiple of what their workers are making – we could begin to hard-wire our society for a much more equitable income divide.

That hard-wiring has indeed already begun. In Portland, Oregon, companies that pay their top execs over 25 times their worker pay now must pay more in city business taxes.

Let’s all parade in that direction.

Among his many pursuits, Sam Pizzigati co-edits Inequality.org, the weekly newsletter of the Institute for Policy Studies. He is a veteran labor journalist and has authored a number of books on maldistributed income and wealth, including The Rich Don’t Always Win: The Forgotten Triumph over Plutocracy that Created the American Middle Class, 1900-1970. His latest book, The Case for a Maximum Wage, was published in spring 2018. Follow him at @Too_Much_Online.