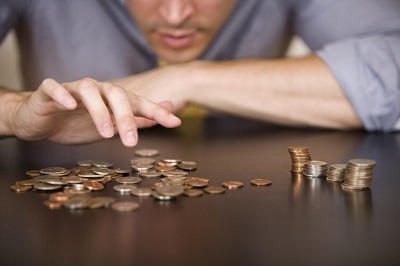 Growing up poor on Long Island builds character. While trying to balance personal responsibilities with maintaining a GPA high enough to make myself a competitive candidate for scholarships and college admissions, I found that I could make several distinct dinner recipes from just adobo seasoning, week-old produce and recooked meat products. It wasn’t glamorous, but it was necessary. It was reality, and to an extent, it is still my reality.

As people like me grow up, we learn to be resourceful. We learn that a needle and thread or some safety pins keep coats and pants intact, watered-down soap and an old toothbrush keep shoes clean and even though no one is available to drive, most of us are lucky enough to have functioning legs, so we begin to embrace walking everywhere, even if it’s raining barn animals or humidity is at 100 percent.

These are the experiences that make me (and many others) who we are. We frame these painful – and at times – (physically and mentally) degrading experiences as trials of our virtue. I think it partly functions as a coping mechanism. There is genuine pride there, too, and sometimes qualities like strength and patience can get someone far in life, far up to the lofty heights of higher education.

I know other working-class students at New York University that are having trouble adjusting to life in a sort of socioeconomic limbo. We have learned to accept our migrant and poor or working-class backstories as part of our identities. But going to school in such a wealthy area – with people that have more money than many of us thought possible – makes us a part of an elite, in a way. Something has allowed us to enter these prestigious spaces, but the memories of past struggles still linger in the background. And just because we make it to an institution of higher learning does not mean any of the problems we faced when we were younger simply vanish.

A Circle of Familiars

The cycle of poverty is immensely difficult to break, and college is a major investment in obtaining the sort of socioeconomic wealth it takes to break free from the cycle. I say socioeconomic, because while money is important – obviously – having money in the first place means knowing the right people in the right places. It means developing a network of familiars that can support us and fulfill us. Happiness breeds wealth and vice versa. These are all recurring things that many poor students have only dreamt of. These are the aspirations we can only talk about in small circles with each other. Affluent students often do not understand, feel uncomfortable talking about it, or worse, try to relate to circumstances that have never been a threat to them.

[gdlr_quote align=”right” ]I know other working-class students at New York University that are having trouble adjusting to life in a sort of socioeconomic limbo. We have learned to accept our migrant and poor or working-class backstories as part of our identities.”[/gdlr_quote]

While learning to navigate this new life of old poverty and wealth still to come – and the privileges that made wealth a possibility in the first place, things become more difficult. You realize that if you talk about these feelings of newfound potential and unending stress, you’re most likely going to be bombarded with feigned sympathy. You might also find that your wealthy counterparts trying to relate to the situations that make your life what it is:

The Need to Speak Freely about Poverty

I think being stuck between socioeconomic classes would be less frustrating if there was more room for people with less class advantage to speak freely, to decompress. Instead, they are drowned out yet again by a crowd of well-to-do millennials who are convinced that whatever meager financial burdens they have to deal with are actual threats to their safety and well-being – despite an endless stream of disposable income. Similarly, others are indeed in denial of their privileges, in which case their classism shows – and probably more than they think.

Alejandro Villa Vásquez is a rising sophomore at NYU, studying English, creative writing and education. He grew up on Long Island but hails from the city of Medellín, Colombia. He started pursuing student journalism in fall 2017 when he joined the Washington Square News as a copy editor and currently serve as a deputy managing editor for the publication.